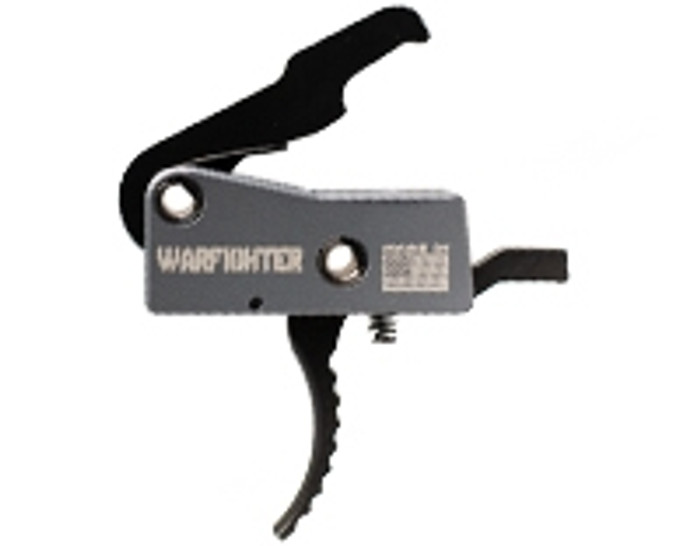 Dealer Locator
Description
The WARFIGHTER Advanced Combat Trigger is revolutionizing the drop in trigger. It's factory set at 4.5lbs but can be adjusted while in the lower receiver. It bears the WARFIGHTER name so it has a 100% Lifetime Warranty.

TRIGGER FEATURES
EFFICIENT ENERGY TRANSFER
- There is no disconnector for the hammer to drive through, thus creating a more efficient cycle of the bolt simply pushing the hammer out of the way as the gun fires.
- Forces of the bolt on the hammer are not transmitted into any other components of the trigger assembly.
- Constant sear engagement against the hammer means the trigger is always ready to reset and fire.
IMPROVED SAFETY
Due to the unique geometry of the trigger, the safety can always be applied regardless of the hammer being down or cocked. When used appropriately this adds another level of safety to administrative handling and clearing of malfunctions.
IMPROVED RELIABILITY
Moving parts are sealed in the underside of the housing making it less susceptible to fouling and debris.
IMPROVED LONGEVITY
No impact on moving internal parts increases longevity of the trigger system.
ANY CALIBER
The WARFIGHTER ADVANCED COMBAT TRIGGER has been tested thoroughly with traditional AR calibers and pistol caliber blow back systems. It has also been tested in the Sig Sauer MPX with no damage.*
INSTALLATION
The WARFIGHTER ADVANCED COMBAT TRIGGER Drops into mil-spec fire control pockets and is retained with standard fire control pins captured by springs inside the housing bushings.
Patent Pending
*While we have successfully tested the WARFIGHTER ADVANCED COMBAT TRIGGER with Tula and Wolf ammunition in .223, .308, and 9mm, we have NOT tested it with 7.62x39mm com bloc surplus with hard primers.
Related Products