The WARFIGHTER Standard. They don't quit and neither do the guys who run our weapons systems, it's not even in their vocabulary. Our WARFIGHTER Rifle was a direct result of thousands of rounds and countless days on the range with active duty Special Forces operators and it continues today. Utilizing current and prior Special Operations guys allows us to get real time feedback on all of our products and allows for some of the most strenuous R&D in the industry. This ensures our products are able to take whatever you throw at them and will continue to function round after round. One Standard, the WARFIGHTER Standard. 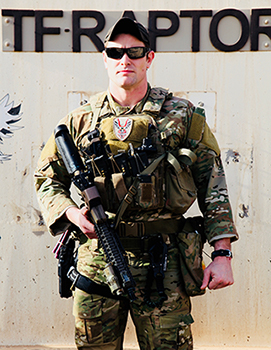 Zee Durham - Master Sergeant (Retired) Zevon Lee Durham, aka Zee, served as an Infantryman for his first 6 years in the US Army with the 1st Battalion, 187th Infantry Rakkasans out of Ft. Campbell, KY. While there, he held the position of machine gunner, fire team leader, squad leader, and recon team leader. During this time frame, Zee deployed to Kosovo, Afghanistan, and Iraq.

After being selected and attending the Special Forces Qualification Course at Ft. Bragg, NC., Zee was assigned to 5th Special Forces Group Airborne, again at Ft. Campbell where he finished his career. Within 5th SFG(A), Zee was assigned to the Group's lone Direct Action and Hostage Rescue specialty company with the designation of A/1/5 that is reserved for Green Beret elite. There, Zee held the position of SF Engineer Sgt, Senior Engineer Sgt, Cell Leader, Team Sgt, and Battalion S-3 Operations Sgt. 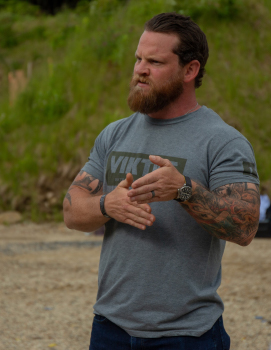